I wake before 6am, but I don’t want to get up. The last day of this tour. I roll over, pull my sleeping bag up around my shoulders, doze some more. Then, resign myself to make today another glorious epic ride. My tent and gear is packed up in less than 10 minutes. I’ve got the system down, know where everything fits, into the bags, onto the bike. Ironic that it takes pretty much the entire tour to figure this all out. But, ah, now I know, for the next tour!

I turn onto 101, north, into a steady headwind. I’ve only 3 miles to go reach Waldport, where I’ll catch the road inland. I put my head down, and pedal into the wind. I remember riding north on the Cabrillo Highway in 2013, how I spent a whole day battling winds to ride from Santa Cruz back north to San Francisco. I think of the cyclists I’ve passed heading north, many who are grimacing, riding the whole coast upwind. Many, but not all. Steven, my German friend, he wouldn’t grimace. Every day is a celebration for him. I wonder where he is now, somewhere heading east, into Nevada likely, on his way to Chicago.

I stop at the Hilltop Bistro, which is at the top of the last hill before Waldport. I spend a lazy breakfast, bicycle fuel, french toast with berries and whipped cream, bacon, coffee. Time to check Facebook, read the Sun Magazine and write in the paper journal I’ve carried the whole trip, but rarely opened. Next tour, will I bring a journal, again? Maybe less paper.

Off down 101, into the town of Waldport, which sits along a brilliant Alsea Bay. Cool, clear skies. I turn onto Highway 34, or as we locals call it, “the Alsea Highway”, which follows the Alsea River for 40 miles, inland through the coast range and Alsea Valley. An easy ride, though no shoulder for most of the miles. Light traffic, this Wednesday. I’ve ridden this highway inland only twice before. Once in 2012, after a short “mini-tour” to the coast in preparation for the “End of the World Tour” that fall.

The other time, in 1985, after graduating from Oregon State, heading home from a summer internship in Beaverton, soon to head east to Cornell for grad school. The tour was my first solo, first downwind on the coast, and I felt such accomplishment as I rode all the way in from Beachside to the town of Halsey where my parents lived, nearly 80 miles. Ah, the beginning of my tradition, the marathon end-of-tour ride.

Well, it’s not a marathon today, though I’m heading over the highest pass since California. The ride seems relaxed, I stop often to take pictures, get water, and find a bald eagle standing in the shallows of the river! An environmentalist’s miracle, how we stopped using DDT and saved both the eagles and the pelicans. I wonder if we’ll be able to stop the pesticides that seem to be decimating the bees.

In to the town of Alsea, my last stop before the big pass. I chat with Alan, who’s sitting outside the Alsea Mercantile. We talk bikes – his is a Harley – and riding Big Sur. Turns out he’s a Corvallis neighbor. I invite him to the restaurant, to enjoy our wood fired pizza, better than the two slices I’m wolfing down from this market.

The climb up the Alsea Mountain pass is easier. It’s long, almost 2 miles, to an elevation of 1200 feet. It’s late in the afternoon, so I’ve got shade from the maples that line the road. And before I know it, I’m up at the top, and heading down the curves, descending a series of switchbacks that are a true delight for a bicycle, which can fly through the turns faster than most cars.

Another mile, then I turn and climb Homestead Road, the last mile of the trip, Up to my land, which in the past I called “Ahimsa Sanctuary”, wanting to host retreats on peacemaking. Now the main house rented to tenants, and I’m staying in the cob Kiva, and adobe studio I built in 2000. The year of “Y2K”. Ha! I crest the hill, then roll quietly down the road to the Kiva.

The grass, and weeds, are tall. I’ve been gone a month. Strange to return. Wondering what I will feel, how I will integrate back into “normal”, non-touring life. Ah, the outdoor shower is refreshing beyond compare. The Kiva is so very quiet. Except for the occasional clang of the wind chimes, the lilting call of the Swainson’s thrush, the croaking of frogs. And my breath. A sigh. Completion.

The odometer, 1146 miles total. Four weeks on the road. Adapting to the needs of my body, my bicycle, my itinerary. Reflecting on my place in the world, in my community, in my life. Wondering at many questions. And clear in one thing: I must ride, again, soon. Keep my conditioning up, my mind clear, and my destiny firmly within my grasp. 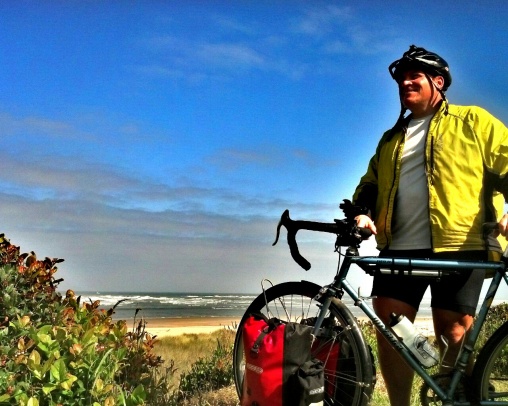 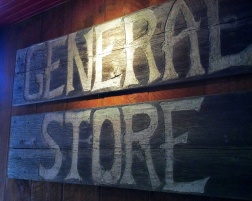 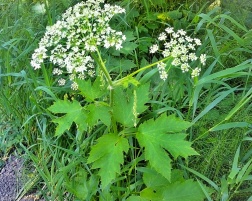 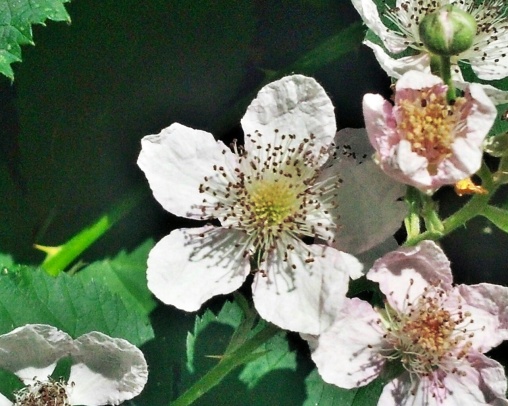 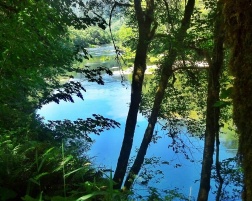 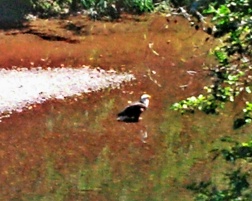 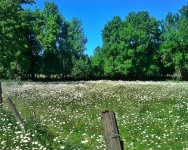