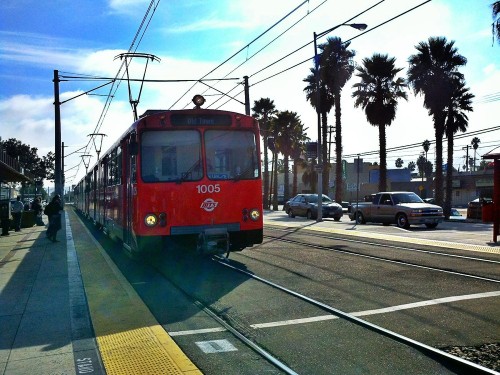 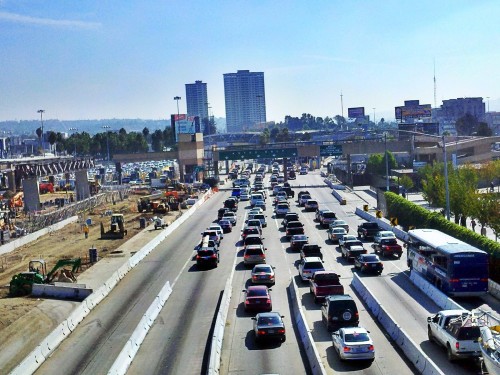 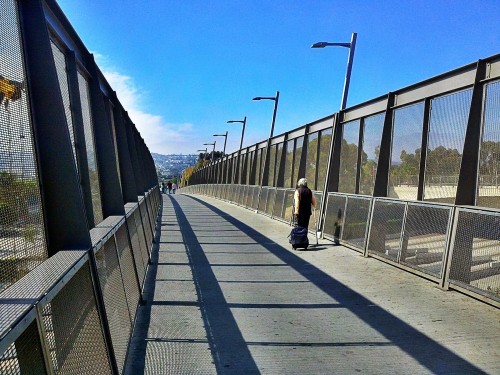 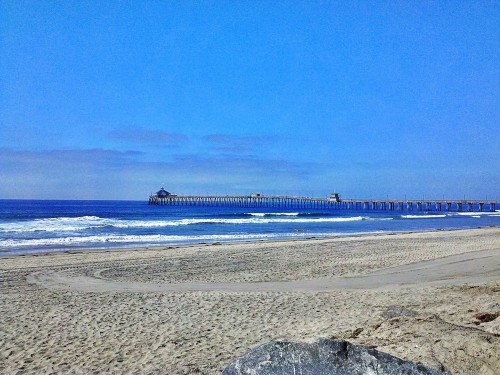 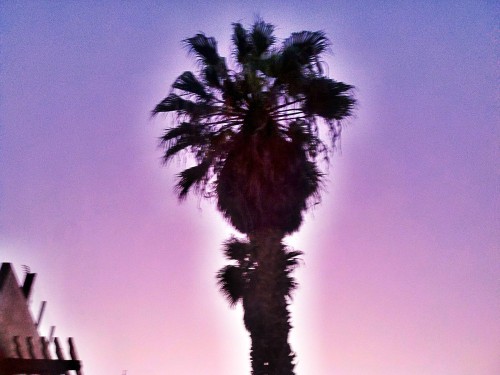 A referral lead me to Velo Cult, a bicycle shop in South Park where the vintage is celebrated. The tech I spoke to yesterday was there and would re-lace my back wheel with a new rim, in 4 hours for $45. I was delighted. But without wheels for most of the day.

I wandered into a nearby French pastry show, enjoyed a perfect espresso and Nutella filled crepe, then jumped a Metro bus. Transfered to a “trolly”, what they call the San Diego light rail, and headed the remaining  15 miles to the Mexican border.

One thing I appreciate about being a bicycle traveler in a large city is riding public transit. Solidly the realm of the 99%, real people ride the bus and the train. People who talk openly to each other, to me, to themselves, or in this case to some demons conjured by whatever this brother was tripping on. The large Black man across from me yelled over to him, “You OK?” I felt a bit relieved, like this guy had my back, in case the tripping fellow really lost it. “Don’t see that much on the Metro”, my protecter commented.

At the border I got off the train and walked partway over the bridge for pedestrians to enter Mexico. As far as I would get without a passport. Yes, at 48 I still haven’t left the country, save hopping into Canada several times in the years before 9/11 closed that border to me. In Gold Beach, I was going to get one on an expedited basis, until the county clerk told me my “short form” California birth certificate was unacceptable by the passport office. Me and Mr. Obama, questionable birthplaces all because the offices of vital records are trying to save a little paper.

Through the haze Tiajuana didn’t look that inviting. Nor the prospect of being in a country more corrupt than ever due to our failed “war on drugs”. Nor the immersion in a culture where English was a second language and I possesed only one year of high school Spanish. Stupid mono-lingual American, who entertains the adventure of cycling Europe!

Got the obligatory pictures at the border, then caught another train and bus to Imperial Beach. Wandered into the IB Forum and had the “most Southwesterly” pina colada I could drink in the US. I wanted to go to Border Park, to see the fence separating the US and Mexico go right into the ocean, but it was a 10 mile walk. Without wheels, I opted for sunbathing near the Imperial Beach pier.

I imagined all the Mexicans trying to cross over into the US, legally and illegally, hoping for something better for themselves, their families. I recalled the friend who told me a tale that raised the hair on the back of my neck: a man working in Berkeley returned to visit his mother in Mexico, and had the authorities steal his pickup on threat of killing his mother. Not even safe for Mexicans to visit their own home towns. How different from Europe, where borders are crossed much like we drive from state to state, county to county. Not in America, the last declining colonial nation.

Selfishly, I was glad to get back on the train and leave the border as quickly as I had approached it. My bicycle was finished, a new wheel, rebuilt bottom bracket, rides like new, no creaky crank! Tomorrow I will visit my family in Alpine, begin a new journey into the desert, leave the border of land and sea where I am so comfortable and at home, cross into an arid high altitude zone. Anticipation, anxiety, excitement.