Apparently I left Harbin like a bat out of hell, and put on more touring miles today than ever before.  So much for relaxation.  Or maybe my energy was so good because of the resting time.  The arnica treatment of my sore shins and numb toes really seemed to help.

The ride started with a great downhill stretch, giving back most of my hard-won elevation.  I rode through miles of vineyards in the world famous Napa region, then on through Vallejo and over the I-80 bridge. 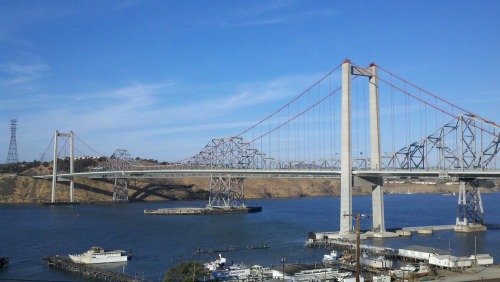 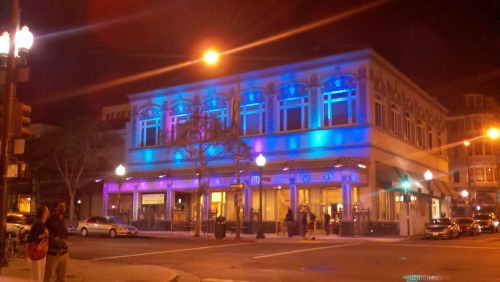 I know you are probably disappointed that didn‘t enter the Bay Area over the sexy, romantic Golden Gate Bridge – I was.  The detour to Harbin had taken me far East, and I wanted to get to Berkeley where I would be staying with my friend James.  The sun was setting and I still had over 20 miles to go.

Darkness fell and I found myself on a busy four lane San Pablo Avenue.  Even though I had my bright red flashers on and headlamp blazing the cars seemed undeterred from cutting in front of me to turn right, or pulling out from side streets.  I was feeling that another hour of this was going to be too risky.  It was time to change plans.

The Richmond BART station was only a mile away.  I grabbed the train and saved 9 miles of busy highway.  Had I continued riding it would have been my first fully loaded century.  I‘ll save that for another day – with longer daylight.  James gave me a warm greeting as I finally arrived at his house, two hours after sunset.