A foggy start, packing up a wet tent and riding into the chilly morning.  Fate would have it I crossed the tracks just as the Skunk was departing, so I had to grab this video:

The Skunk Train got its name for the stinky deisel passenger cabs that would shuttle workers up into the woods back when they were still filled with ancient redwoods.  Now they run sight seeing trips between Fort Bragg and Willits.

The last view of Fort Bragg was Noyo Harbor, where a small fishing fleet is stationed.  This video is really for my mother, who taught me to love the ocean starting my first year:

My ride south was rapid, aided by a wonderful tailwind.  But my timing was off, as was my decision to head up the ridge from Point Arena to Kirk & Heidi‘s place.

Google Maps is a wonderful tool, but it can miss details to a bike that don‘t matter as much by car, such as 10% uphill grades and roads that change names in the middle of a ten mile stretch.  Add battery drain in a smart phone that wasn‘t finding any cell service just when I needed it most.

The adventure heightened as I realized the sun was rapidly setting, and I mas miles past the turnoff that the map told me I needed to take. The cell died as the last rays of sunlight and hope faded.

I turned on the flashers and my headlamp and pedaled on into the dark.  Just when I thought I would be camping in the bush the turn appeared!  Shortly after Heidi pulled up in the truck and I followed her home.

To my surprise I walked into the campfire circle of a cob workshop Kirk was teaching for the week.  After the circle I made my bed in a sweet cob cottage and slept soundly. 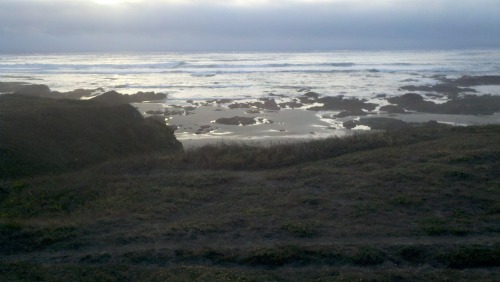 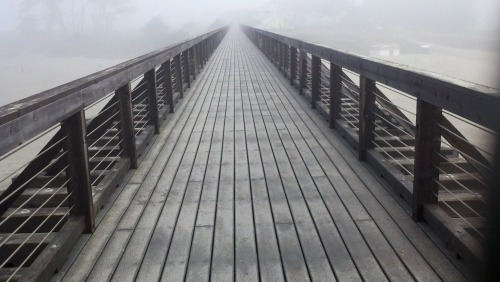 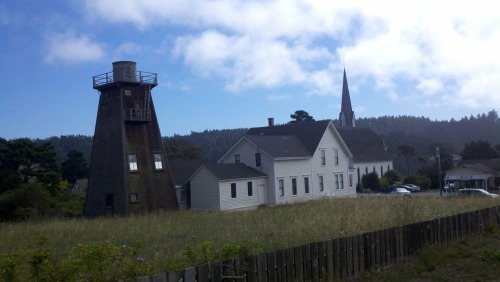