Preparation. Or lack thereof. The weeks and days leading up to this year’s tour have included many tasks and unfinished projects, of which I am grateful to finally put to bed. Yet, I haven’t cycled nearly enough to say I’m ready for the 2000 miles I’ve planned. Riding from Vancouver BC, around the Sunshine Coast, then down the US Pacific Coast Highway to San Diego, maybe beyond into Baja California, Mexico.

Clearly, I’ll again be training “on-the-fly”, my friend Sarah’s term for starting a tour without conditioning much. Conditioning. This fall, my condition is a great concern. I feel weak, heavy, unsure I’m up to the many hills and miles ahead. And emotionally, spiritually, will I be able to encounter the hours, days of solitude, something I’ve often longed for over the past year.

Author’s note: the regular reader will notice these updates are just starting to be written 3 weeks into the tour. So let’s add writer’s block to the list of challenges. What causes my apprehension to write? The question of relevance, mainly. What do I have to say? Who wants to read the musings of this lonely, troubled soul? Do I even want to hear myself think, out loud, and to record it into the permanence of the pen and page?

Ah, there, enough with the catalog of complaints and worries.  It would be good to note the accomplishments of the preparation of the last weeks. How about that restaurant? I spent more time working over the last year, keeping it afloat with my unpaid labor, eking out a profit despite a weakened sales cycle, and as the tour neared secured skilled and committed staffing to run the place in my absence. I am eternally grateful to have the help of my friend Robert, who will be standing in as ad hoc manager and troubleshooter. This all feels like a major accomplishment, compared to the near chaos of last year.

Then there’s the French drain around the cob Kiva. This hand built studio space was originally constructed in 2000, and ever since has needed a deep drain to divert sub-surface water away from the foundation. Cracks in the plaster have been persistent. So Robert and I spent the last three weeks, renting a small excavator, digging out huge roots by hand, then loading in two trucks of drain rock. Completion just the day before I boarded the train to British Columbia. Then, packing gear and preparing my bicycle for the launch, only done at 3am.

And here I find myself, sitting on the Amtrak Cascades, after a bittersweet farewell to my dear Jennifer. I sink into my seat, feeling dazed, exhausted, excited, afraid, peaceful. I’m starting farther north than ever, as far north as the continental highways allow. Canada, our friendly northern neighbor, who now requires a passport since 9/11. This seems surreal, am I really doing this, again? Setting out to live and travel, on a bicycle, carrying all my gear, all my burdens, pedaling miles upon miles, powered only by my two legs and force of will.

Thus it begins: my Fall Awakening Tour, 2019. Thank you, dear reader, for coming along on the journey. 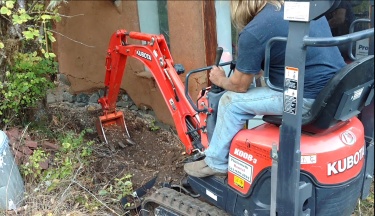 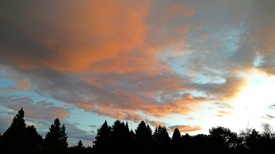 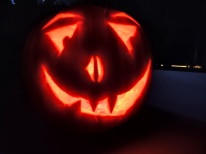 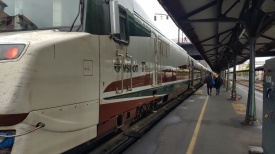 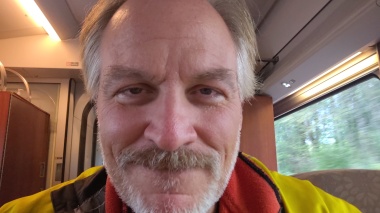 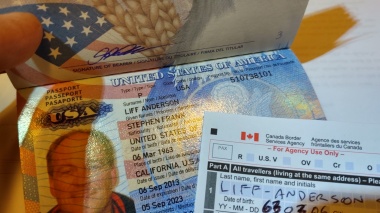