We read Grant Peterson’s book “Just Ride” on the way back from California to see the Dead. While he had good points about basic riding, much of what he wrote seemed a reactionary or contrarian criticizing what in fact may be best cycling practices and techniques. For instance, wearing spandex and chamois to prevent chafing on long rides. Or making sure to hydrate adequately. Grant wrote: “Drink water only when you are thirsty. Really thirsty.” I’ve noticed on this tour I’m drinking less water than usual, and often feeling dehydrated in the evenings or morning. This evening I receive an important lesson on drinking adequate water. But first, the ride.

I ride after most other cyclists are on the road. I pack up and wish Richy good luck. We connect on Facebook, maybe I’ll see him in the Netherlands. A coffee stop in town, then I ride off down Route 1 towards Santa Cruz. A chilly morning, light winds, easy riding, past San Gregorio, Pescadero, Bean Hollow. I’m feeling strong, first long ride since my layover in San Francisco. Legs responding, pumping up the hill, flying down the other side. Sun tries to break through, but low clouds or high fog obscure its warmth.

I stop at Whale City Cafe in Davenport, sit outside because the dining room is full. Its cold! Has been my whole trip down from Oregon, except a couple days. I head out, feel the chill even more. I sweat so much during a rigorous ride, or even a moderate effort, add the wind chill and I’m shivering. Only a few more miles, past Wilder Ranch and on into Santa Cruz. I take a spin down by the cliffs and the beach, descend to the boardwalk, over the railway bridge. I stop for some Hawaiian food, poke with macadamia, kalua pork and cabbage, delicious. I’m still cold though. A couple more miles to the camp.

I roll down into New Brighton, one of my favorite hiker biker sites. High on a bluff over Monterey Bay, waves crashing on the sandy beach below. I watch the sky turn deep shades of pink and fuchsia and the sun sets over the Capitola peer. I call my friend in Cancun, we talk about her work with at risk youth, the cultural differences between Mexico and the States. I ponder her invitation to visit, weighing the low air fares and my need to return to work in Oregon. The warmth of our conversation keeps me out and talking well into the chilly night.

At last I retire to sleep, but wake a couple hours later. I’m feeling nauseous and somewhat dizzy. Was it the pork? Food poisoning? I lay awhile, then get up, not wanting to get sick in my bed. I go to put on my sandals and feel cramps in my legs. Then it hits me: dehydration. I grab the water bottle, drink it down, then the other. The nausea and dizziness quickly pass, and I’m feeling fine again. This is the problem with Grant Peterson’s advice: at a certain point of dehydration, one on longer feels thirsty. Almost not wanting water. I’ve found this on previous cycling trips. Especially true for someone who sweats as profusely as I do. A bottle of water for every ten miles ridden. Adding a pinch of salt too helps replenish the electrolytes.

So, Grant, I understand how silly those hydration packs seem, putting 5 pounds of water on your back when you’ve invested a couple grand into your carbon fiber feather of a bike. But telling people not to drink water until you’re “really thirsty” is simply bad advice. Shame on you. Likewise, the advice to wear cotton is disastrous on a long, sweaty touring ride. Chafing is serious business. Wicking, padded, spandex clothing may be tight fitting and less comfy than a loose cotton shirt and shorts, but far more comfortable that a raw patch of skin in your crotch. End of my diatribe. Each to their own. Find what works for you. And, yes, in the end, “Just Ride”. 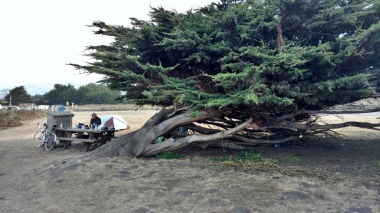 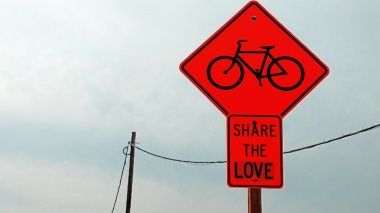 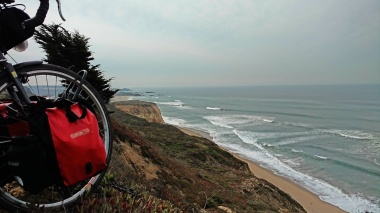 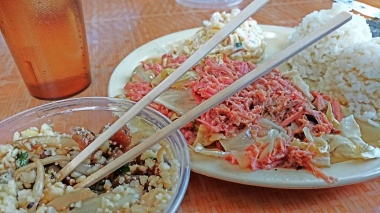 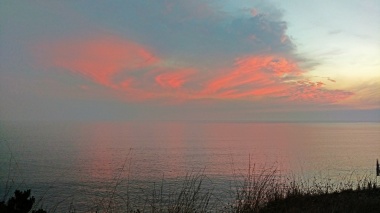 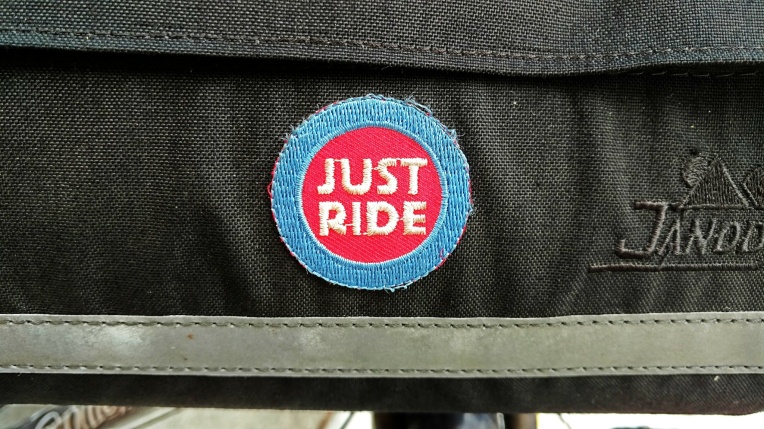