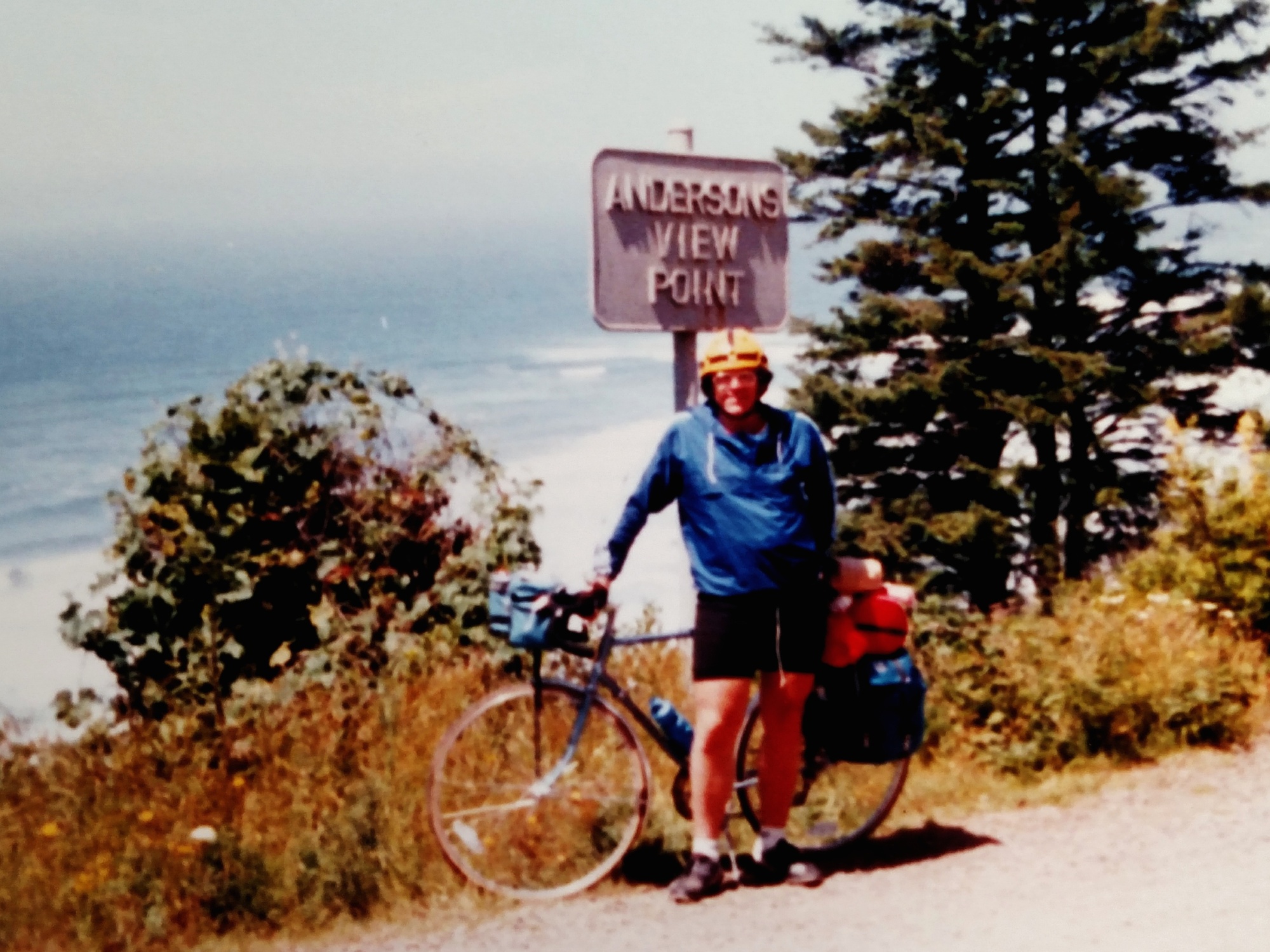 I’m up early after a restful sleep. Today promises to be an arduous ride, three major hills, total distance nearly 60 miles. I’m in good shape for the climbs, eager to meet up with Jennifer again in Newport. Our romance is growing by day, carried along by messages sent often during the days and evenings.

First climb: Cape Lookout, feels nearly 9% grade in places. A chilly morning too, my sweating on the climb promising a brisk descent. I stop at the Anderson’s Viewpoint, recalling the family joke that this was named for us. Not the same view as my first solo tour in 1985, trees all grown and blocking any vista of the ocean. However, immediately adjacent to Anderson’s is Gammon Launch, the famed hang glider launch point with stunning views to the north. I imaging running towards this cliff edge, attached to a wing, lofting high into the skies above. My palms are sweating.

I opt for my preferred method of flight: a long rapid descent into the sand dunes. I ride on to Pacific City, stopping for coffee at my 20th mile. Leaving town, I pick up a strong tailwind and practically sail the miles along Nestucca Bay to Neskowin. The second climb: Cascade Head, on the busy 101 over this headland. The four lane highway offers little in the way of views, so I just nose down and muscle up the road, playing some rhythmic trance music to motivate my peddling. The descent is a hoot, full boar, nearly 40 mph.

I pick up the rolling hills into Lincoln City and through town, so fun to ride faster than the traffic in this busy coastal city. I stop at Trillium Natural Foods, get a few supplies and note the homey feel this little store has.  I’ve only visited a few times in the past, maybe I should more oft make this a destination. I ride on, passing the Siletz Bay estuary, Fogarty Creek, on to Depot Bay. As I round the Little Whale Cove, I see a spout. Whale! How thrilling still to see evidence of the massive cetaceans, and yet I find myself pondering the health of the oceans, the whole web of life. Can we reverse the damage of climate change? Is there still time?

I turn off onto Otter Crest Loop, crossing a smaller McCullough bridge. Home stretch! A beautiful, quiet climb on the Old 101, now a restricted one-way with a dedicated bicycle lane. I pass some folks with binoculars, who say they’ve been seeing whales for the past three days, close in off Cape Foulweather. We chat about their son’s love of cycling, and of course they wish me a safe ride. I thank them and head on to finish the climb. Then the rapid descent down Otter Crest, joining 101 as I grow closer to my destination.

The highway levels off right in front of Beverly Beach, and I head down to the day use lot, where I am to meet Jennifer. So many feelings as I anticipate our reunion, after just three days apart. New relationships bring intensity, anticipation, along with a sense of timelessness. I can’t wait to see her. 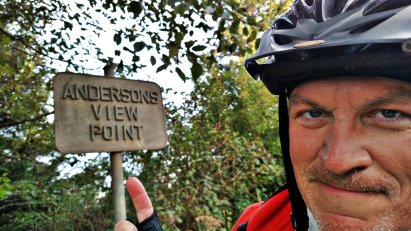 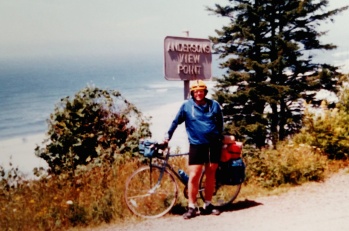 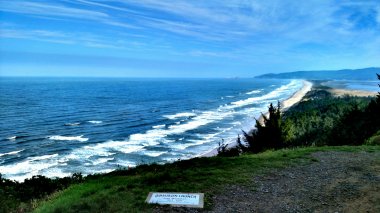 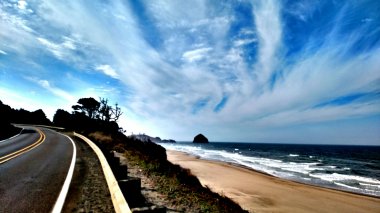 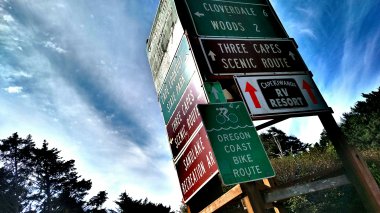 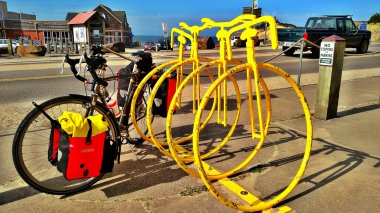 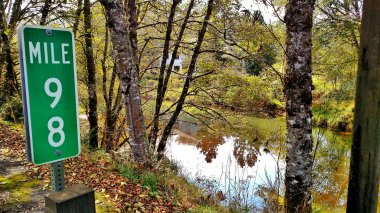 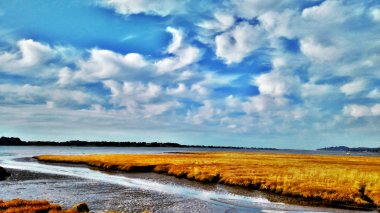 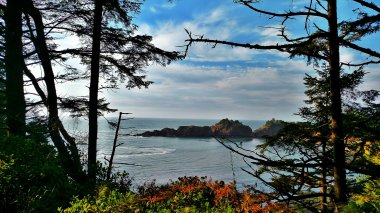 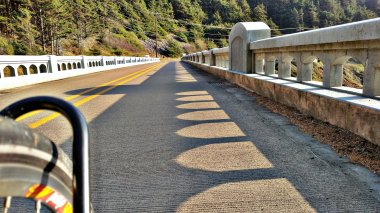 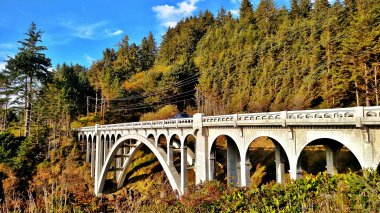 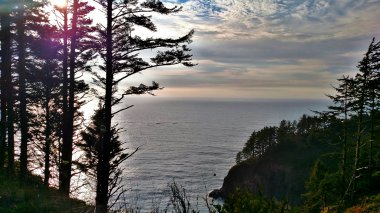 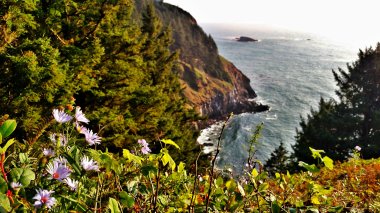 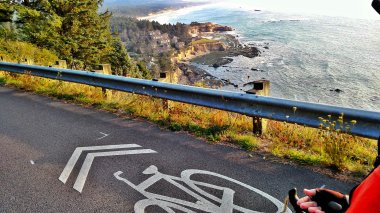 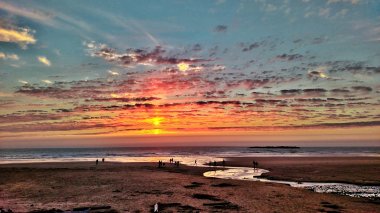 One thought on “Central Coast Homecoming”