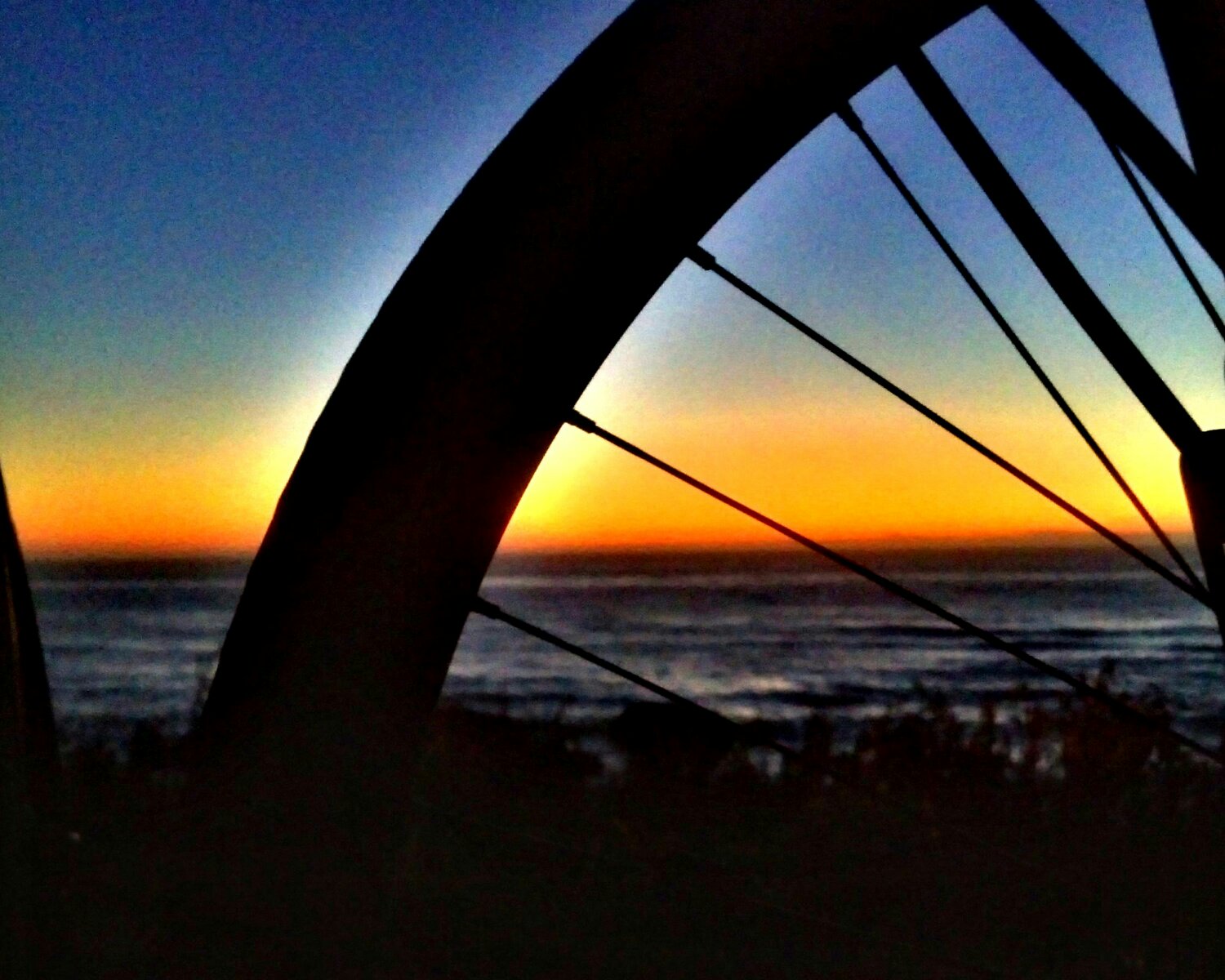 Seventy miles. And now, the second big climb. But I’m already done, ready to quit. Why am I doing this? Just keep going. The end is near. Not really. Thirty more miles! Keep pumping, up the hill. Shift down. Keep breathing. Shut up legs.

This century snuck up on me. James mentioned the ride to me several weeks ago, and though I hadn’t ridden much this summer, or this year, I impulsively signed up, then told him to also. I thought, by then I’ll be in shape, even make this into a mini-tour, north to Portland, then the century, then ride back down to Corvallis.

That was before sales at the restaurant dipped, likely in response to the very hot summer, before I started working the floor every day for 8 weeks, before we started painting and renovating and rebranding, before deciding the also dig the drainage up at the Kiva, before the insurance company reminded me to repair the steps up to the house and kill the moss on the roof.

The end of the summer became a whirlwind of activity, and I became engrossed in working on all these projects simultaneously, and managing helpers and contractors and employees, and overspending the budget two fold, and starting a new business venture on top of that.

Is your head spinning yet reading this?

Mine is, has been, was for the last month. Spinning as surely as my bicycle wheels, and my crank pushing the chainrings, pulling the sprocket, propelling me further, onward, upward. Ah, this is the last climb of this hundred mile ordeal, the top nears.

James is waiting. He says something about a character from Lawrence of Olivier, appearing out of the desert, a long camera shot, slowly slowly slowly the rider appears on the camel. My camel is my Miyata 210, yet again repaired by Matthew at Corvallis Cyclery, who sold me this trusty steed 29 years ago. My senior year at Oregon State.

Riding with my brother James has been good. He has goaded me on, to cycle a bit faster than I normally would, and we tell each other stories at times. He reminds me of a family car I’d totally forgotten, way back when we lived in Harrisburg. Seems so long ago, high school years. How young was James back then. How small and vulnerable he seemed.

Now he towers over me, and rides ahead, stronger. I’m a slow climber on the hills, but I make of for that on the descents. The rolling river valleys are a joy to cruise, first along the Nehalem, then the Young River.

The last fifteen miles are the hardest. Legs sore, butt numb, shoulders aching. My mind is complaining constantly. Why am I doing this? Can’t I stop now. No, keep going. Keep going? Almost there? No way, ten more miles? Then at last, we turn onto 101, my favorite highway.

A couple more miles, up into Gearhart, then on to the Sand Trap Pub where Gail waits to take us back home. My nephews Liam and Ewan are rolling down a hill the golf course, getting reprimanded by a grump to get off the greens. The buffet is amazing, even though its burgers and hot dogs. Food never tastes this good.

We head to the beach to catch an amazing sunset. The skies were overcast much of the day, breaking into blue in the afternoon. I’m drinking in the crimson horizon, as the sun sinks lower and lower. Ewan picks up jellyfish, which Liam plays chicken with the waves. The wind is a bit colder than comfort. But I have a fire in my legs, in my heart.

A century is an accomplishment, though not something to brag about. More something to wonder at. Why do this? I clocked in at 102 miles, 8-1/2 hours, pace over 12 mph (thanks to James for that). At the start I wondered if I’d be able to finish, or have to hitch a ride in the sag wagon.

But now, I know what I can do, and want to do. Ride more. Much more. The open road beckons… 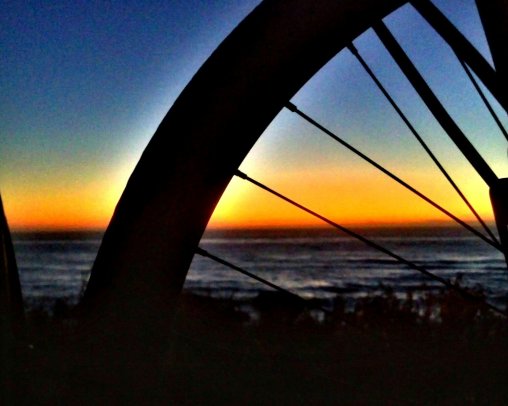 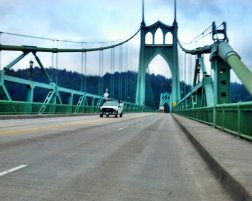 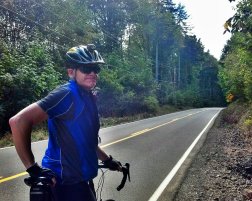 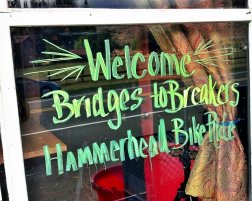 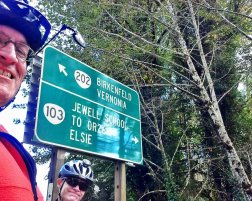 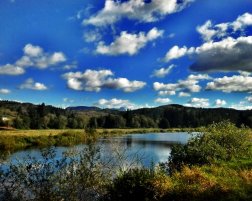 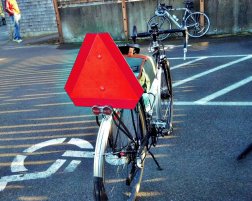 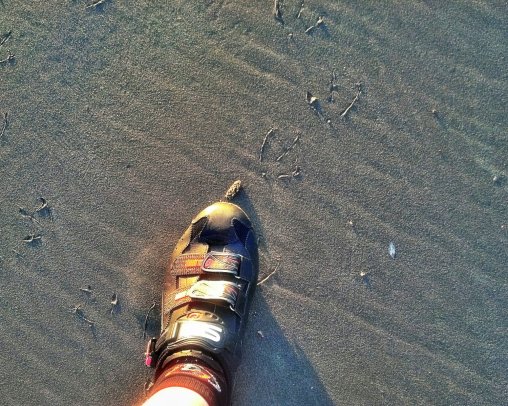 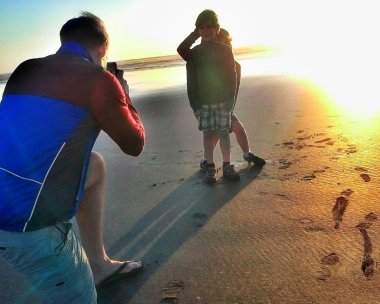 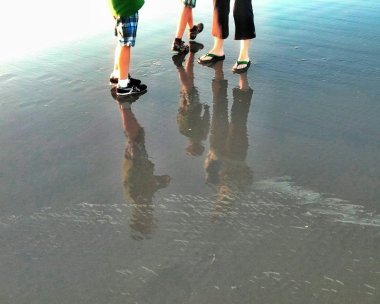 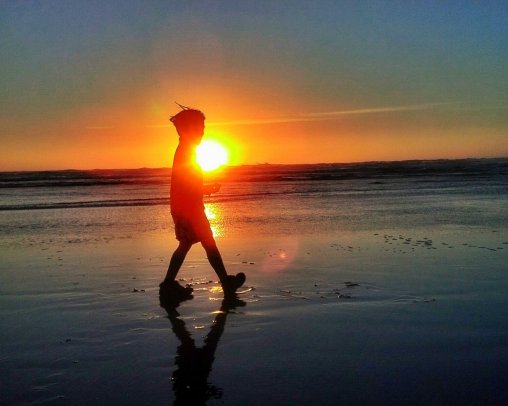 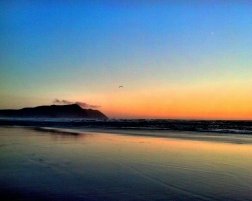 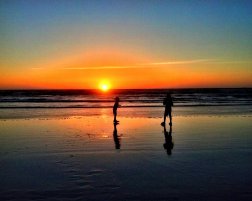 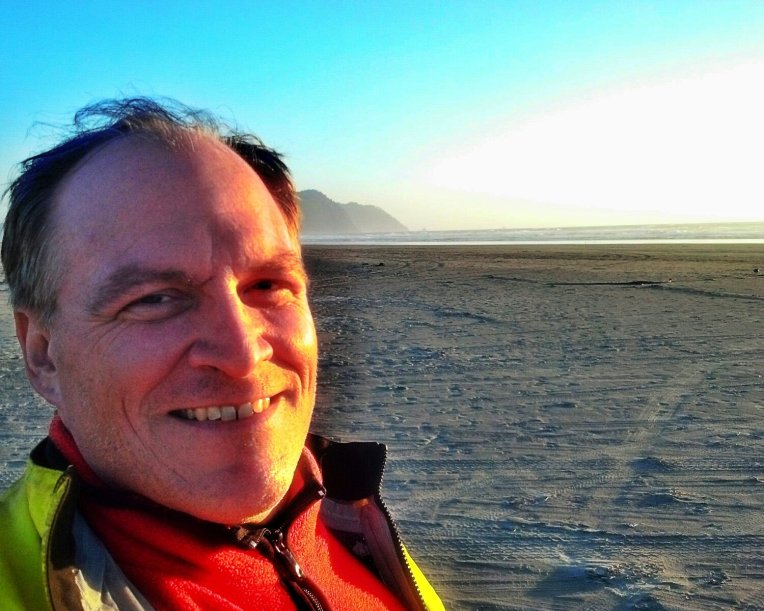 2 thoughts on “Bridges to Breakers Century”