Today, I’m doing something ill advised. Touring in Oregon, in the late fall. Almost winter. But I see NOAA predicting the coast to be in the high 50s, and I just want to see the beach again. Take a loop at the end, which I tried to last year, but was so miserable in the drizzle. Today is also predicted to be dry. I’m just not ready to stop the tour. Not yet!

I had a hard time sleeping last night, anticipating a really early start. Up at 11pm, then 1am, then 2am, then 3am. Finally rising at 5am, I ride over to Pioneer Square. It is really, really cold out. Below freezing. I’m bundled up, and getting on a train and bus to hop to McMinnville. I’m riding over the Hawthorne Bridge, now a true Portlander, cycling at 5am. There are others passing me on bikes, commuting.

The MAX takes me to Hillsboro, where I transfer to a Yamhill County bus. I love the bike racks, now standard on all the buses! The hour ride lets me catch up on my writing. I have dinner with my folks, a nice reunion, having seen them just once before leaving. Then, I am on the bike, cycling in the low 30s. This is the coldest ride of my tour. Somehow, I’m undaunted. I put on some music to make the long highway miles pass: chants, then Laurie Anderson. First Sharkey’s Day, then Homeland. I tune into her existential commentary, then scathing critique of America’s descent into authoritarian culture. Chilling, really. Just like the weather.

I’m climbing on 18 through the Van Duzer corridor. I’m feeling really good, riding in Oregon again. So much green! And water, flowing in streams, rivers, all around. The land of California is in a permanent drought, and facing a major crisis. I realize we all will be affected, since California grows a huge amount of our nation’s food. Permaculture is needed, on a massive scale. I’m not feeling optimistic about this. Somehow listening to Laurie Anderson helps me keep a perspective.

At last, 52 miles in, Lincoln City! I feel a new surge of energy and inspiration, now riding south again on my beloved highway, 101. Many miles traveled here, this road is nearly mythic in my story. I am cycling full circle, returning to the beginning, where I first caught the touring bug, the passion of pedaling. Epic, as Zach would say. Further south, past Boiler Bay, Depot Bay, then the climb up Otter Crest Loop. Just a few more miles to camp.

Beverly Beach has hydronic heat in the bathhouse, warm floors! The hot shower is a balm. My tent and sleeping bag a perfect nest. The great mother ocean sings her sweet lullaby in the distance. I’m going to sleep well tonight. 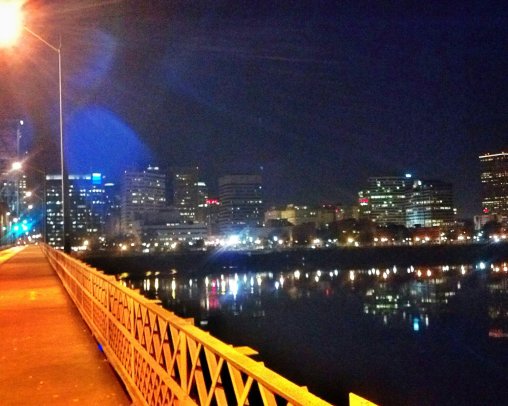 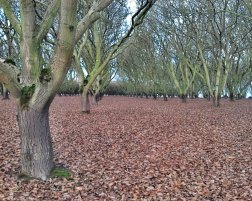 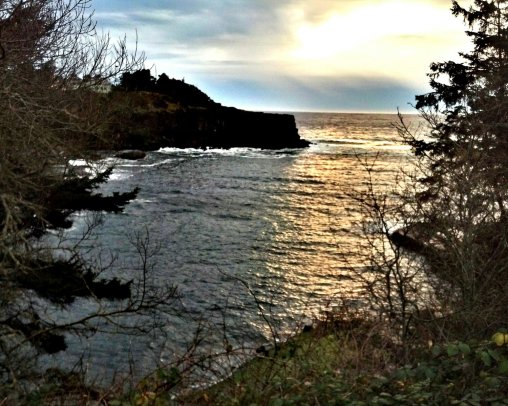 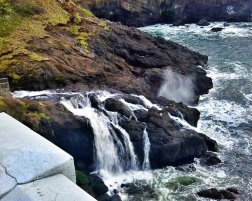 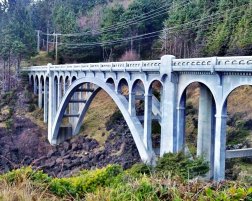 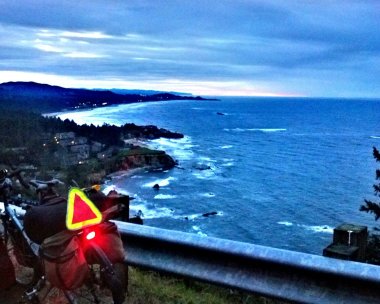