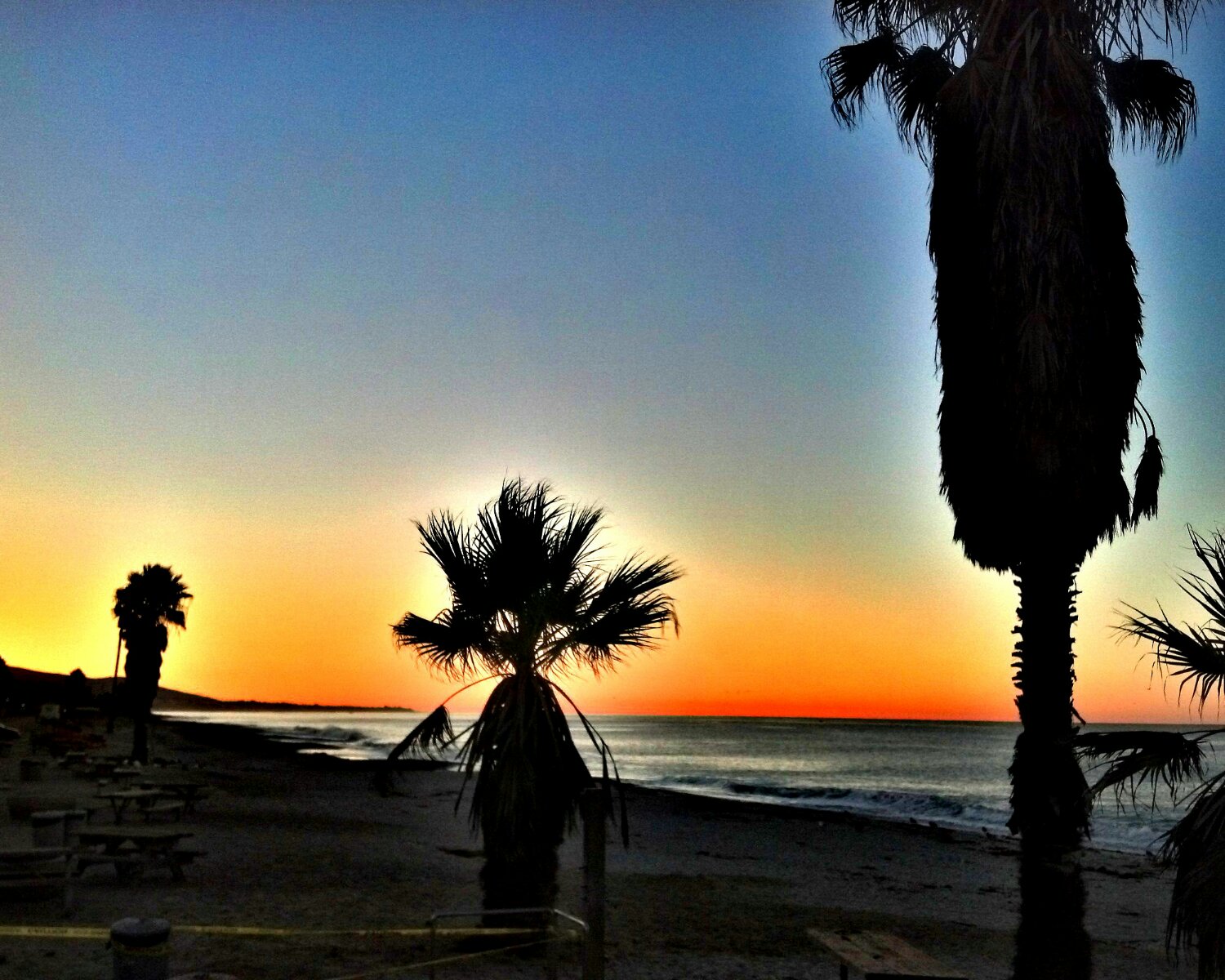 A relaxing ride today, a short hop to the next and last campground north of San Diego. I start early, as is now my habit, enjoying a cool morning along the South California coast. A gorgeous sunrise at Dana Point! I’m pleased that there isn’t much climbing, level terrain flies quickly under my wheels.

The route follows the old coast highway, through a state park which offers beach access to surfers. Then I come upon the San Onofre nuclear plant, recently decommissioned after defects were found in the 3000 tubes in the steam generators. http://en.wikipedia.org/wiki/San_Onofre_Nuclear_Generating_Station Originally build in 1968, the plant has be subject of much controversy, as 8 million people live withing 50 miles.

The route normally passes through Pendleton marine base, but today I’m directed onto the busy 101 freeway. Bumper to bumper for the cars, so I’m faster than them at times riding with a strong tailwind. Now I’m rolling through Oceanside, and pleased to be joined by dozens of cyclists on the “Ride the Coast” century. I talk with some of them as we ride together, and many are impressed with the length of my tour. Road cyclists don’t always cross over to become touring cyclists.

In Encinitas I stop at Ride Cyclery to get a spoke tightened and check the true of my wheels. Great service from Blaize. I pick up some new cycling gloves, a treat after the 10,000 miles on the old pair! The campground is now just a few miles more, so I stop for the afternoon coffee break, look over Warm Showers hosts in Baja and consider my options.

I’m still feeling reluctance, fear of danger, loneliness, getting stranded… You name it. I read more blogs from other cyclists who’ve made the trek, and comments on some of the hosts in Baja. I begin to warm, reading about cyclists feeling welcomed into homes, camping, really good food, help whenever needed. Also being honked in encouragement along the way by the locals.

On to the campground, incredibly crowded with families, RVs, kids on bikes, kids on skateboards, kids in wet suits. The hiker/biker site is nasty, at the end of the row by a chain link fence. I meet a couple English tourists who are spending one more night before San Diego. They’ve enjoyed the tour. We joke about the Californians complaining about the “cold” weather. Fog is predicted tomorrow, all we will see of the new winter storms due to hit the Northwest this weekend.

I sleep soundly, dreaming of home, I’m back working in the restaurant. Wait, I’m not done riding yet! 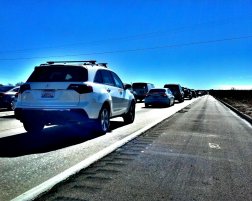 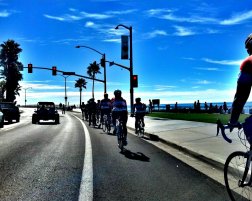 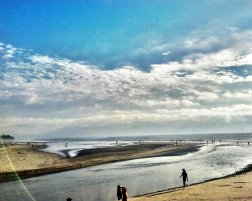 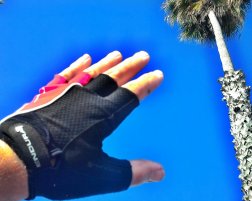 One thought on “Cruising Southern California”