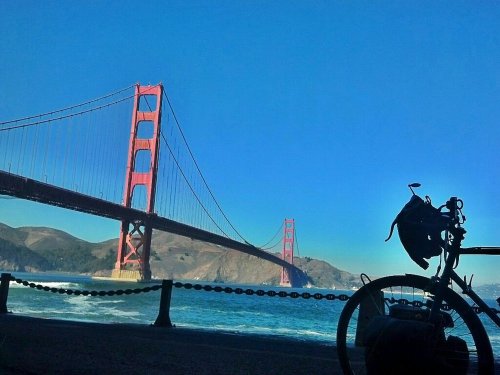 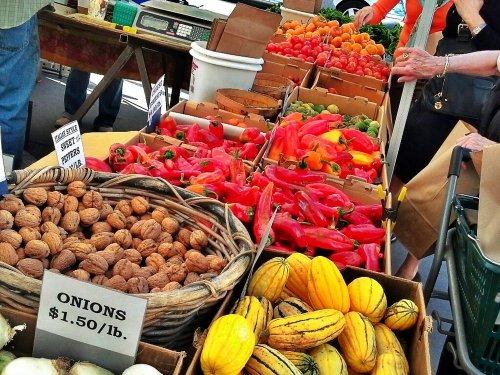 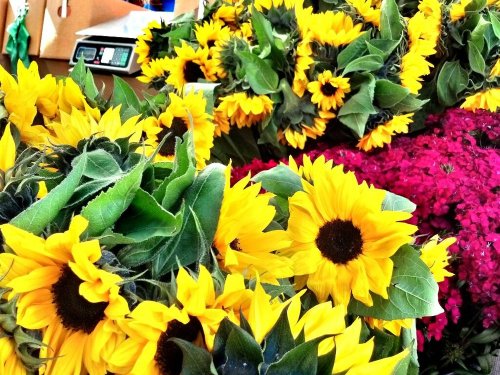 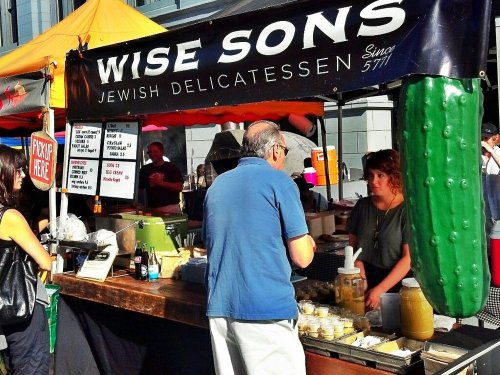 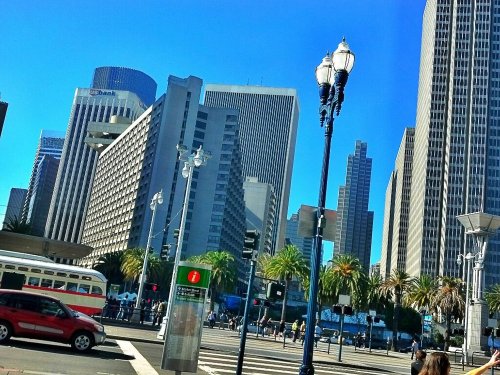 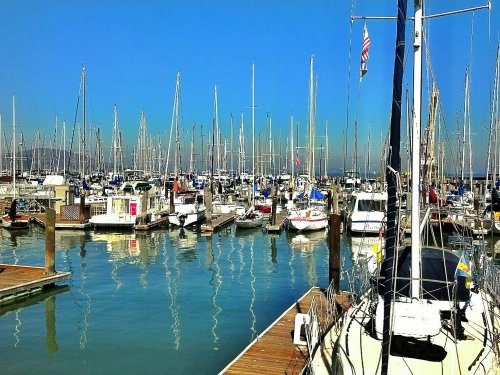 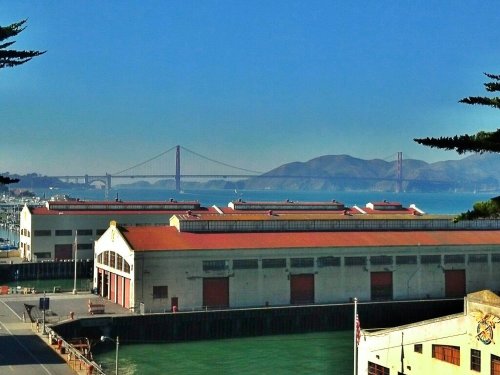 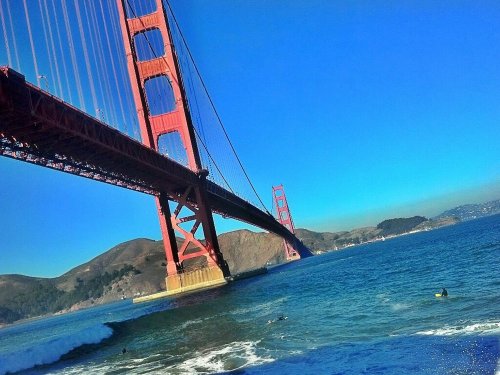 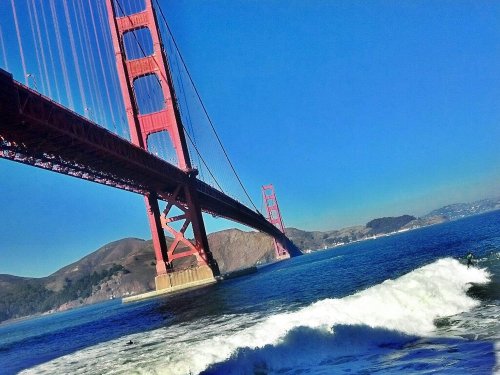 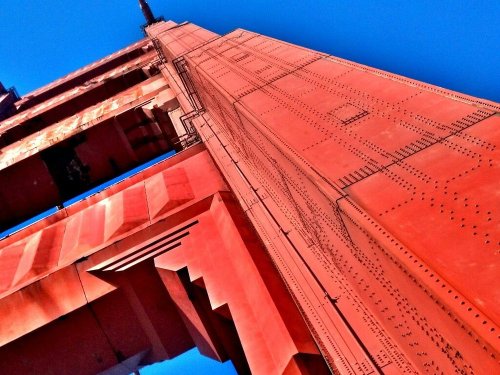 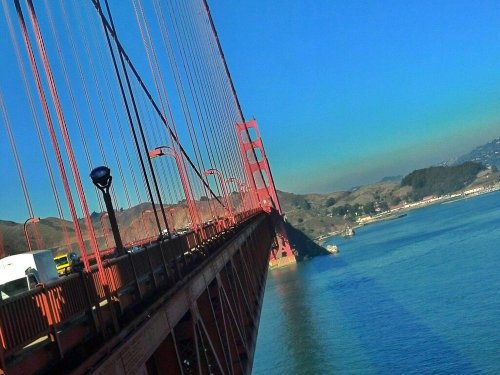 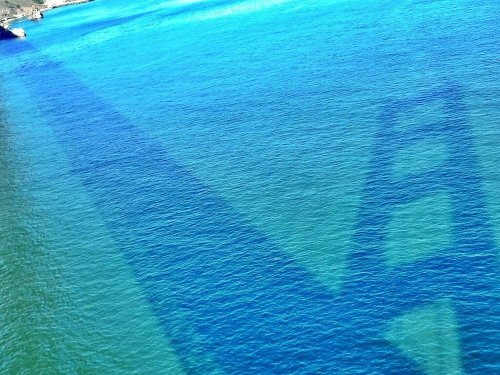 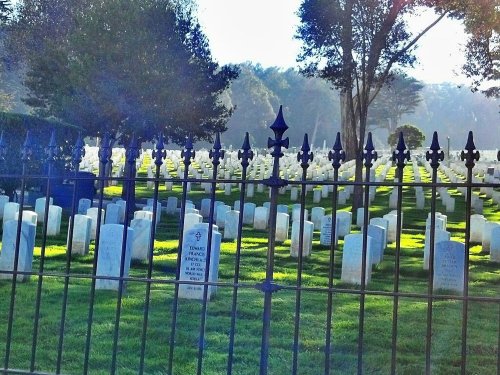 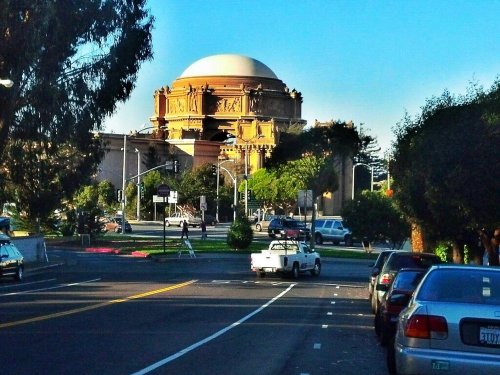 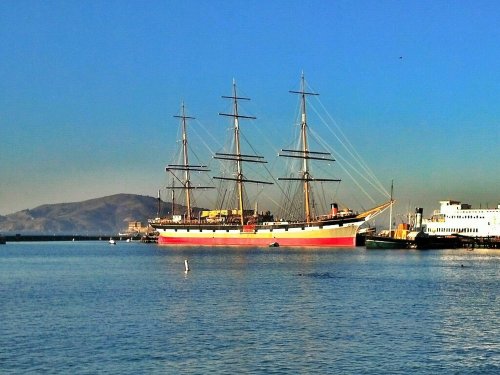 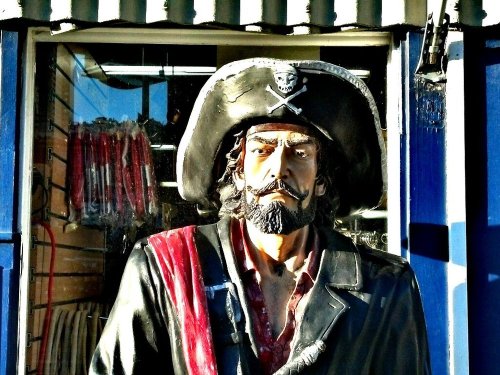 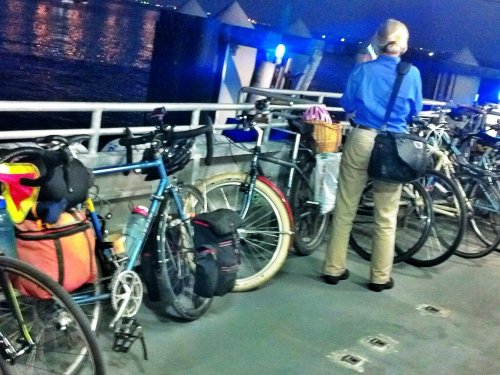 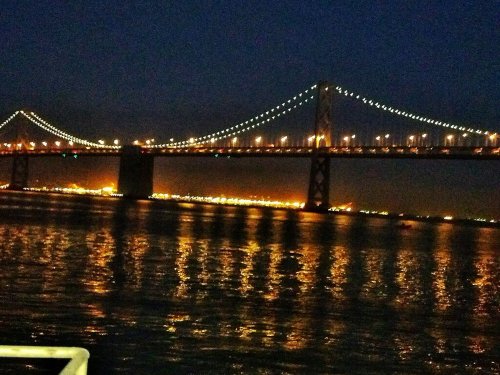 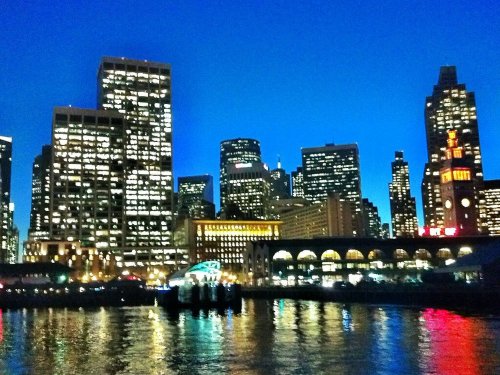 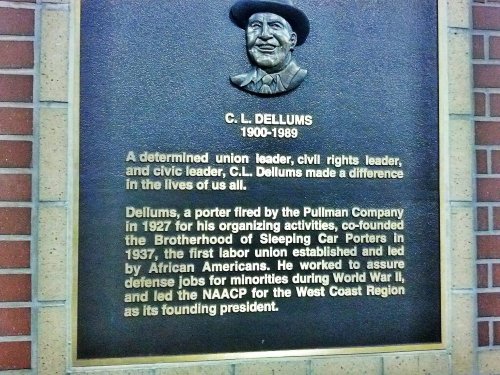 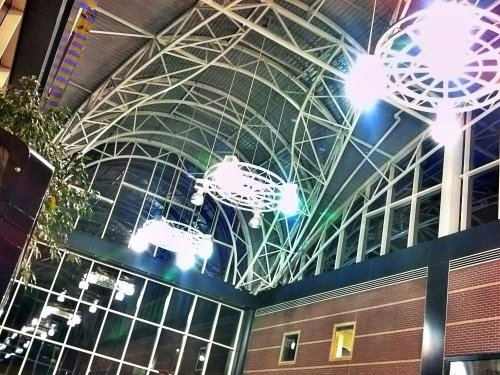 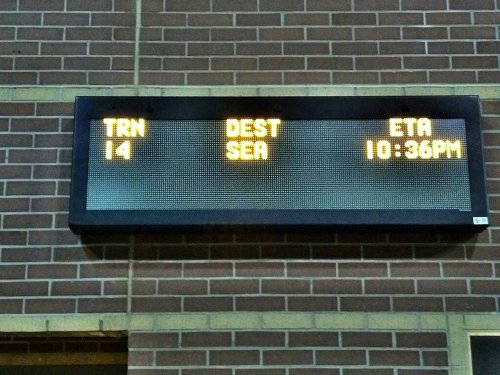 With a day to kill before my train, I set out on my bicycle, riding down Market to the Ferry Building.  I stroll through the farmers market, then cycle north along the waterfront.

I feel lazy, aimless.  Every day of the tour, I’ve had a mission, a destination.  And given the ever shortening daylight hours, I’ve raced the sunset. Summer touring has a different pace, more time to enjoy the arrival locations.

I look over familiar landmarks, then keep gravitating towards my favorite, that marvel of engineering of the 1930s, the Golden Gate Bridge.  First I ride to the base, delighted to see surfers catching some great waves (look in the lower rights of those pictures).  Then I climb the long hill and cycle out over the span.

It is an unseasonably warm, clear day in San Francisco, 75 degrees.  Views from the bridge are inspiring, and the walkway is busy with pedestrians.  Everyone looking, taking pictures, moving along. People from many nations, families, and as many solo travelers, like myself.  What are they thinking, I wonder, and what are they seeking?

Back down to the waterfront, the day has passed and I board a ferry over to Oakland.  Now I’m on the water, a short trip under the Bay Bridge, another engineering feat, but not available for pedestrian or cyclist.  Freeway only, and above it looks like a traffic jam.  Cars, buses, trucks inching along.  The ferry is jetting across the bay.

How do I separate the city from the myth? San Francisco was the center of the flower power revolution, arts and culture, civil rights, progressive politics, people in motion. I didn’t see any with flowers in their hair.  The peninsula has been yuppified beyond affordability for hippies, who mostly live in the East Bay.

Perhaps that is where the soul of the city resides, in myth and culture, in the impressions of millions of humans acting against a massive stage of concrete and engineering wonders.

In other news, today Barack Obama was re-elected President of the United States. Cultural change is definitely in motion.