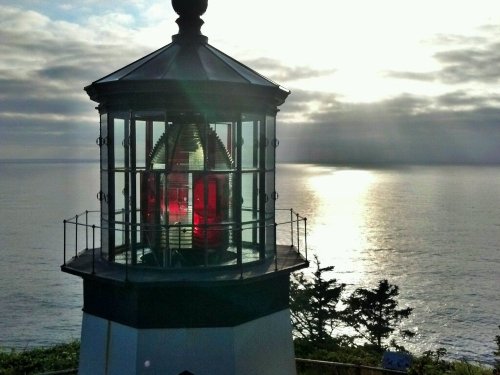 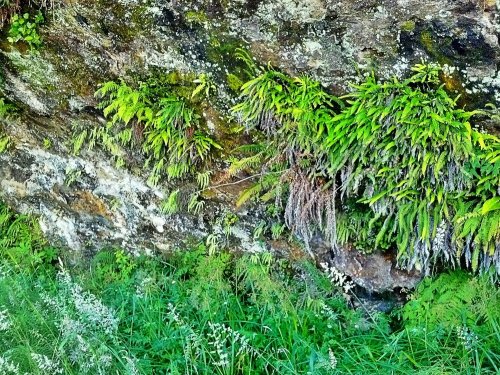 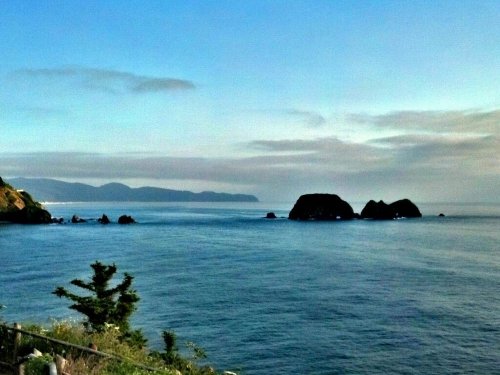 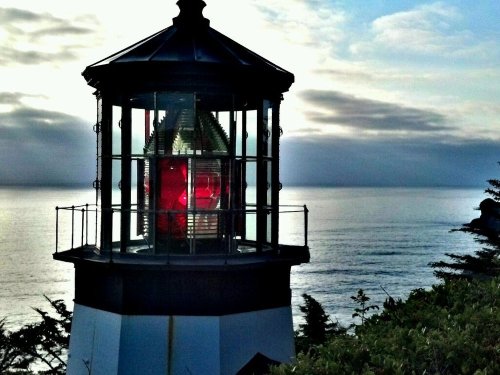 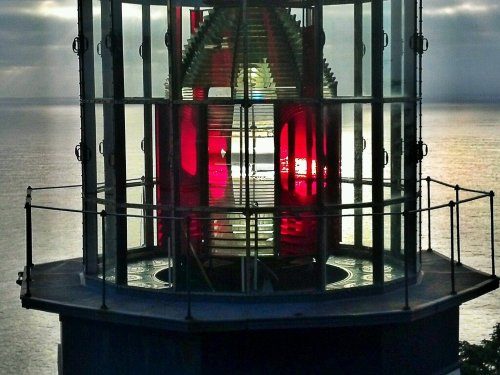 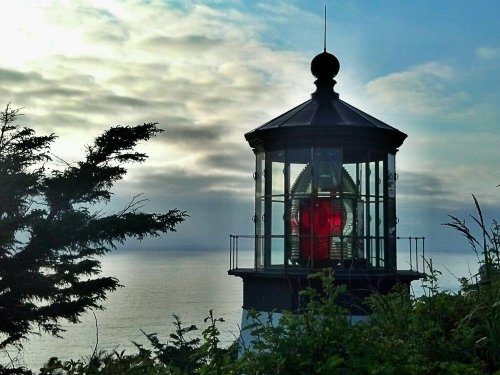 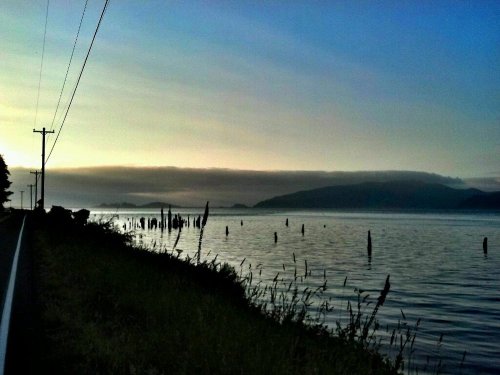 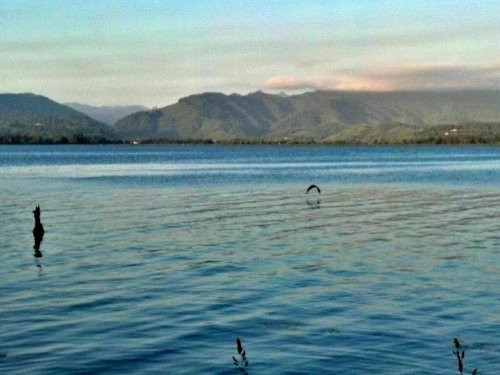 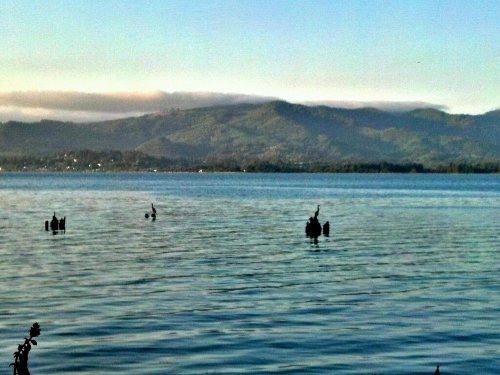 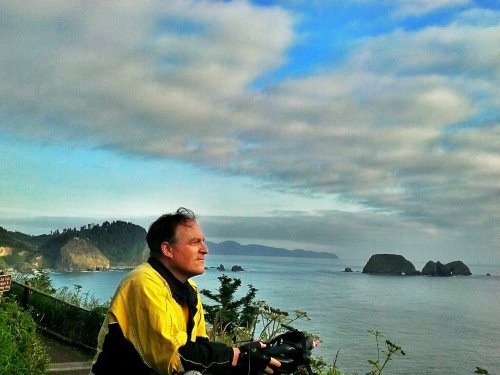 I should say, Cape Meares Loop, 23 miles, 2300 feet vertical elevation gain.  A grueling training ride, altitude info from the MyTracks app on my Android phone.  I arrived at this far north coastal location late in the afternoon, staging the ride from Tillamook, out Netarts Highway, through Oceanside and up Cape Meares.  The long hilly ride rewarded me with stunning vistas and warm windless weather, a rarity on the coast. The result was a good sweaty workout.

At the peak, I descended to Cape Meares lighthouse and was taken with awe as I approached to iconic building.  Sentinel overlooking calm seas today, sun light reflected through the circa 1880 Fresnel lenses. I was sickened to recall the vandals who blasted out most of the windows and damaged the lenses to the tune of $500,000 repair cost. Though windows had been repaired, the bullet holes in some of the lenses were still visible.

Earlier I had Googled the vandalism event, and looked at pictures of the perpetrators:  two young men, intoxicated into blind rage, drove their jacked up truck down the grassy path and unloaded gun loads of bullets into the lighthouse and surrounding Coast Guard beacon.  Later, one of the men was re-arrested after showing up at the Sheriff’s office drunk.

What can be done to help such lost souls?  Certainly our penal system fails at rehabilitation, serving only to punish those who cannot follow common law.  Massive budgets for the prison industry but little money for counseling or treatment, near guaranteeing recidivism for many of those incarcerated.

What if the vandals were required to ride bicycles over the Cape Meares loop daily, to listen to the lilting song of the Swainson’s Thush, to catch the scent of spruce and fern and moss and sea, to gasp at vistas of sea stacks and nesting colonies of endangered birds, to meditate on heron’s flight and setting sun and hanging clouds and endless ocean.  Would their hearts open, their guilt break, their futures brighten, their lives heal?  In the end would justice be better served?