Dreams of warm, turquoise tidal surges, rising above rooflines, slamming me against walls, people body surfing, laughing, shocked, wondering what has happened, how it has happened. Struggling to sleep in the 36° desert night, I wake and see stars through my tent. I go out to see. So brilliant the thousands of points of light, so black the darkness between them.

The morning’s ride was another Google maps failure. Gravel roads for miles, so I crossed over a freeway onramp, then two train tracks and back onto the freeway, even though the sign said “bicycles prohibited”. The highlight was a huge windfarm, something I’d never experienced, and in full production with the 25 MPH tailwind that was goading me along. Then I reached 29 Palms Highway, and a 25 mile climb up to Yucca Valley. Not the hardest climb of my trip, but ending at 4000 feet the temperatures dropped.

At times breaking into tears, screaming in rage to the empty landscape. “What are you doing out here Ocean?!” I turned on some music, for the second time this trip: U2 Joshua Tree, of course. The album was released the same year of my grad school tour, 1987. I remember the first time I heard this music. I connected with Bono, through his passion and devotion to telling the American story. The music still moves me.

In Yucca Valley a woman running an organic farm store told me of a family campground in Desert Hot Springs. I will go there tomorrow, to soak and thaw out. Then I rode the last 5 miles to the campground. Fate would have it, I got the last campsite available, due to a camper canceling their reservation – on account of the cold, no doubt. I found the site and went to set up my tent, looking forward to a long dark chilly night.

Then a neighboring camper came over, introduced himself and invited me to dinner with two other campers. So after a photo shoot, trying to replicate the U2 album cover featuring me, I joined Steve, Jimmy and Gina for dinner and a blazing fire.

Carne asada, ribeye steak, grilled asparagus, peppers & spanish onion, a Mexican beer and shot of Crown Royal took off the chill. Hours of talk about families, illnesses, a little politics, the warm conviviality with new friends did more to thaw my cold soul. Close to my age, two mechanics and a kindergarten teacher, generous working folks, the backbone of this country. All struggling through the recession, but as Steve put it, loving life and taking what comes. The true American spirit. 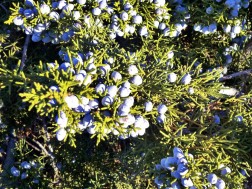 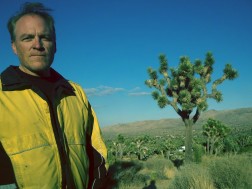 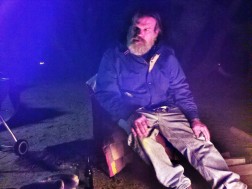 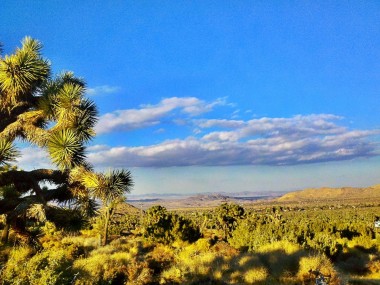 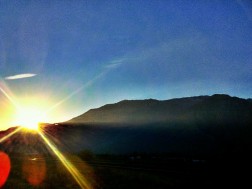