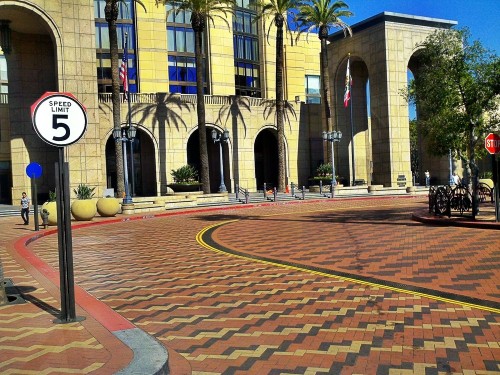 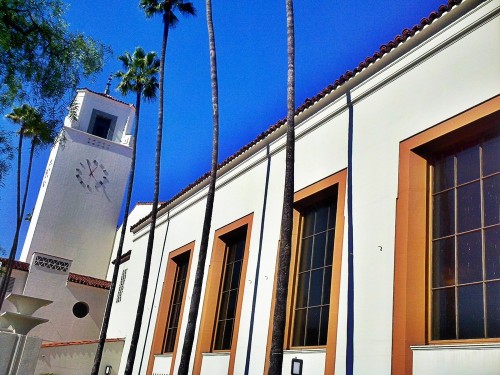 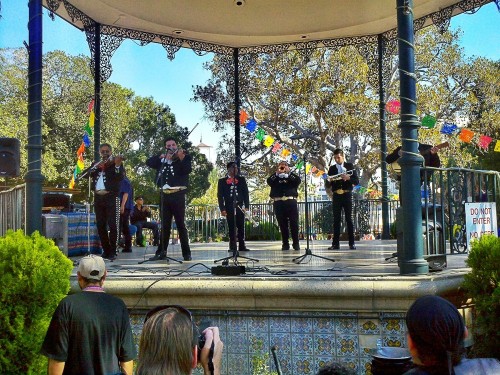 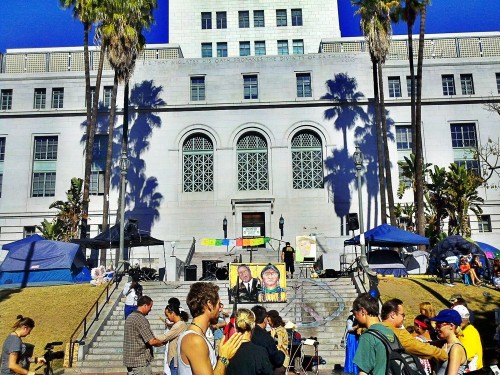 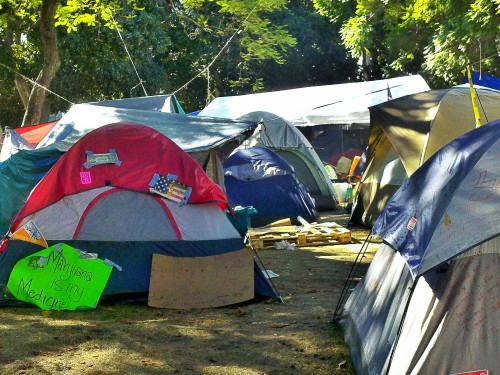 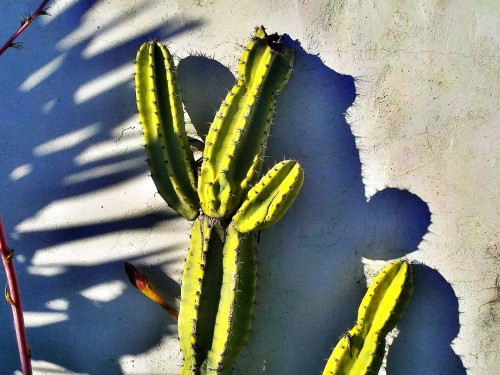 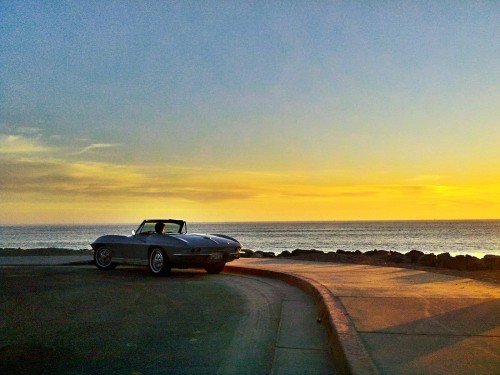 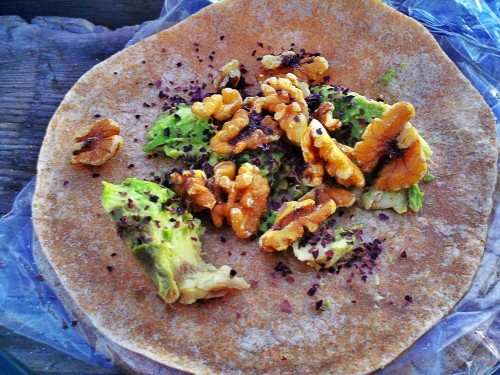 Rocked a tailwind on the Malibu coast this morning, racing down the Pacific Coast Highway, or PCH as the locals call it. The mansions in Malibu put the Ventura yacht community to shame. Here is where the rich and famous make their roost. Funny, I heard a rooster somewhere today, riding through one of the coastal communities.

Once at Santa Monica I made a hop – caught the Metro Rapid 704 to Union Station, then the Amtrak Surfliner to San Juan Capistrano. This cut out about 80 miles of the densely urban part of LA, and jumped me over to the next campground. In retrospect I could have ridden from Santa Monica to Union Station, only 18 miles. But city miles are exhausting and just no fun, having to stop at every light.

Once at Union Station, I had 2 hours to kill before my train, and I had to repair a shifter cable that had snapped at the Santa Monica Pier. I rolled across downtown LA to El Maestro Bike Shop, at Main and 8th. They fixed the cable in 10 minutes and charged me 10 bucks. Great service for a touring cyclist. Five stars on Google reviews!  I cycled past a Mexican festival on the way back to the station, then found myself upon the Occupy LA site.

So there is the movement representing the 99%, the rest of us. Mostly I saw tents, ragged looking people, then on the steps of the courthouse a New-agey woman was leading a Sufi ritual where people in a circle were holding their hands on each other’s hearts, sharing breath, gazing into each other’s eyes. Another woman smudged a man with sage. Skater kids rolled through loudly. An African man told me he came because the front of the LA Times featured the encampment. A group of school children made signs in front of a local ABC cameraman.

Will this movement gain traction and influence the upcoming elections, like the Tea Party affected the 2010 elections? The Tea Party should get together with the OWS movement. But liberals and conservatives don’t mix, even when they share such common issues: employment, economic survival, keeping our houses and schools and communities alive. Sad, the division now seems stronger than ever. But remember the 60’s, the last time the US was at war over politics and resources.

Caught my train and sat back in a cozy Amtrak seat pondering our mutual fate. It was a short ride to reach San Juan Capistrano, fare was $20. If only we had more trains, less cars, more bicycles. The Capistrano depot is right by the mission, so I caught some great pictures of the old adobe buildings, the American version of cob. Then a quick cruise downhill to the campground at Dana Point. Absolutely gorgeous sunset tonight, perfect backdrop to my dinner of avocado walnut tacos.

Two more days to San Diego where I’ll be visiting family and friends, getting connected again. The long miles from Esalen drew my cycling isolation into stark contrast with my need for community. And still I am learning to respect my need for solitude, and thinking of heading out to Joshua Tree after I reach San Diego. I’ve never cycled the desert before, but strangely it is calling to me.

As I write, my 99%-er campground neighbors blast their music. I thought of complaining, but it’s my music – classic rock from the 80’s. And I have with me something advised for snoring at Esalen. I’ll soon be putting my earplugs in and enjoying a restful sleep, while the tired working families party into the night.